Mark Grace, former Cubs and Diamondbacks first baseman, when asked what he felt the best compliment another player could pay him said,"that I was a good team mate."

Youth players putting it high on their list indicates they feel it is important; but do they truly know what is meant by playing together as a team? Providing them with some guidelines, while attempting to stimulate their thought process in this area of baseball teamwork can be helpful.

More often than not, playing together as a team is listed highly because players have heard the phrase numerous times from coaches, family, professional athletes and friends, thus they sense its value. Understanding what that phrase may individually mean to them and how it might directly affect the game of baseball as they have known it, can require some thought and guidance.

Team Work ~ Tips From the Dugout 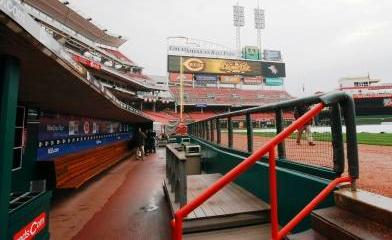 The Way A Team Plays As A Whole Determines It's Success. You May Have The Greatest Bunch Of Individual Stars In The World; But If They Don't Play Together, The Club Won't Be Worth A Dime.

8 Concepts For Baseball Teamwork, Or Playing Together As A Team


Lets look at each concept and its part in baseball teamwork.

We Can All Count On Each Other 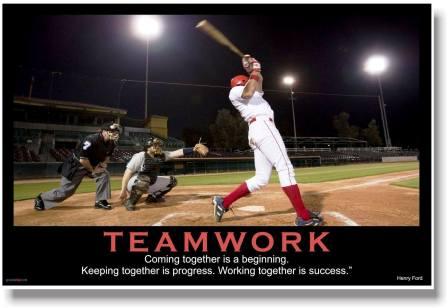 Accept Your Role On The Team

Sometimes this can be a very hard thing for players to accomplish. The further along you go in baseball, the narrower the pyramid of players becomes. As they move up, the competition level increases each year.

A Little League consisting of 6 teams may feed one middle school. If , for example, you were a shortstop on one of those 6 teams, it is possible at the middle school you may have 6 shortstops all trying out for the same position.

Upon reaching the high school level, there may be more than one feeder school for that high school and the log jam continues.

For possibly the first time in their baseball life, players may be looking at playing a new position, one which may not be their personal best spot; but one which combined with the other team members, makes the team itself stronger.

Something that is even tougher, they may no longer be a starter, for the first time in their life. For some, that leads to total shutdown. For others, they take on the challenge and work to be ready when their opportunity arises.

Find A Way To Win

Not every game goes as planned. It is in those times that teamwork comes to the forefront.

Playing together as a team, on these days, means that as a group we need to create something that provides us with an opportunity to win that game.

Whether that be someone getting a base hit, maybe a pinch hitter coming into the game just to bunt the tying or winning run into scoring position, stealing a base, making a great defensive play ~ whatever it takes at the time.

Finding a way to win is a mind set, not a physical skill. The physical skill required is just the application of the positive mind set.

Be Willing To Make Some Personal Sacrifices

For a team to be successful, there must be a willingness to make some personal sacrifices for the good of the team.

In a school setting, it may mean staying home to study so you can be eligible to play, while your friends are out having fun.

Playing a position that is not your strength, so that it makes the team stronger.

Coming to a game or practice, rather than going to the concert that your friends are going to.

Situations arise all the time. Members of a team need to think about how their decision might affect everyone else on the team, before that decision is made.

Help Each Other Out

Everybody will have a bad day, make an error, strike out, give up a home run, the list goes on in the game of baseball. Teamwork calls for everyone to pick up those not having a good day. Go the extra distance, provide positive feedback, keep their energy level up. It is possible to turn that bad day around, it's all in the approach.

Keep our focus on what we have control over.

Quite often players will make statements like, "I don't know how I can be expected to hit, this umpires' strike zone is huge."

As umpires and their subsequent strike zones are not in a teams' control, better results might be obtained by looking to hit the first good strike you see, rather than waiting for that third strike call in a huge or inconsistant zone.

That is something you can control as a team. 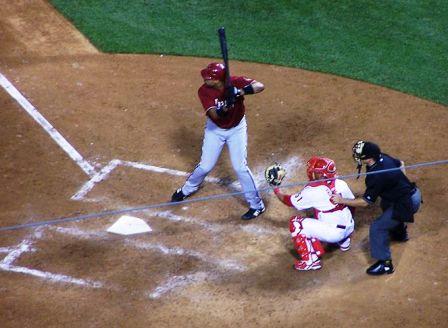 Anyone, anytime, a phrase coined by Tony Clark of the Arizona Diamondbacks in 2007. It may just be the ultimate teamwork definition.

Rather than wait for someone else to make something happen, take it upon yourself to get it started. There is no better feeling in athletics than playing with a group of players who are in it for the team. Those memories last a lifetime!

We Know What A Person Thinks, Not By What He Tells Us He Thinks; But By His Actions!

~ The one thing over which you have absolut control is your own thoughts. ~
Coaching Confidence

~ In baseball, coaching confidence can produce results that go beyond the drills and strategies and into the hearts and minds of the people they teach. ~ Focus Grid

~ Mental control lies in our ability to direct our attention on what we can control. ~ Self Talk

~ The dialogue we carry on with ourselves each day of our lives. ~ Slump Busting

~ Slump busting can provide you and your players with a plan to decrease the impact of those inevitable slumps. ~ Mental Framing

~ Put your mind in a position to be successful. ~ Control Your Attitude

~ Controlling your attitude is nothing more than choosing to use and focus on productive self talk. ~ Identifying Unproductive Behaviors

~ Make your opponent beat you instead of losing to yourself. ~ Derek Jeter On Deck

~ Tributes to a very special man! ~

Powered By Site Build It!

My Site Build It! Story